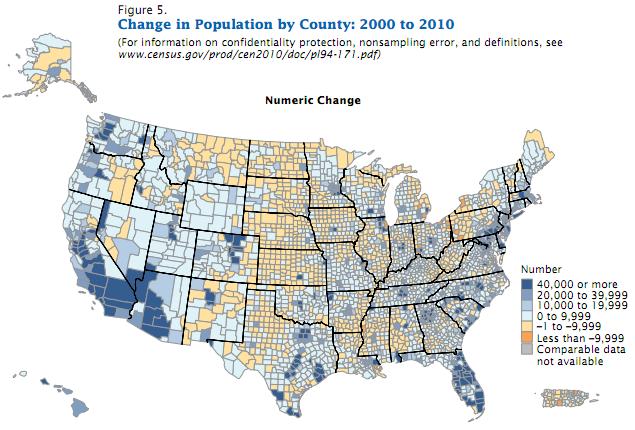 There are a lot of routes you could drive from the Canadian border to Oklahoma that would take you through nothing but dying counties. South Dakota's population growth may be the best in region, but we still have a lot of places losing people.