My Madison neighbor Jerry Heckenliable will love this one. You know all those high electric rates the City of Madison charges? Some of that money is going to promote the proposed Sioux Falls events center. Yes, Sioux Falls. 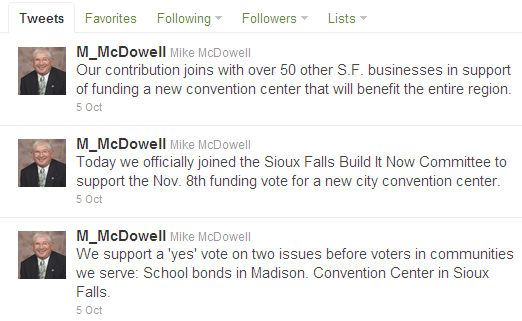 Your electric bill at work.

Now I'm sure that Heartland can argue that all of the communities it serves can enjoy some ancillary benefit from the increased economic activity Mayor Huether says the new event center will bring to the Sioux Falls metro area. But I'll bet Jerry Heckenliable would argue Madison could get more direct economic benefit if Heartland would stop currying favor with the rich and powerful and leave that money in the pockets of Madison residents to spend as they see fit.