Liberty, Equality, and Fraternity on Bikes in Paris

I rode a bus yesterday down the Champs Élysées, I returned later and walked by the finish line where the well-to-do will sit in white tents to view the racers.

But I've still seen plenty of bikes around the City of Lights, regular folks zooming along amidst hard-charging city traffic on two wheels and joie de vivre. 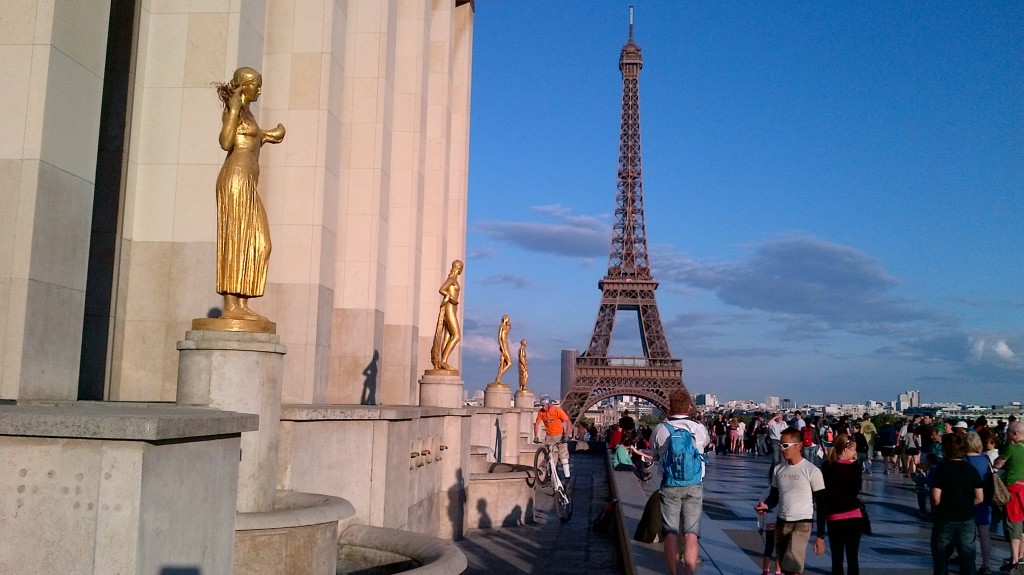 No, they aren't all stunt riders like the dude above hopping his two wheels around the Trocadéro across the Seine from La Tour Eiffel. 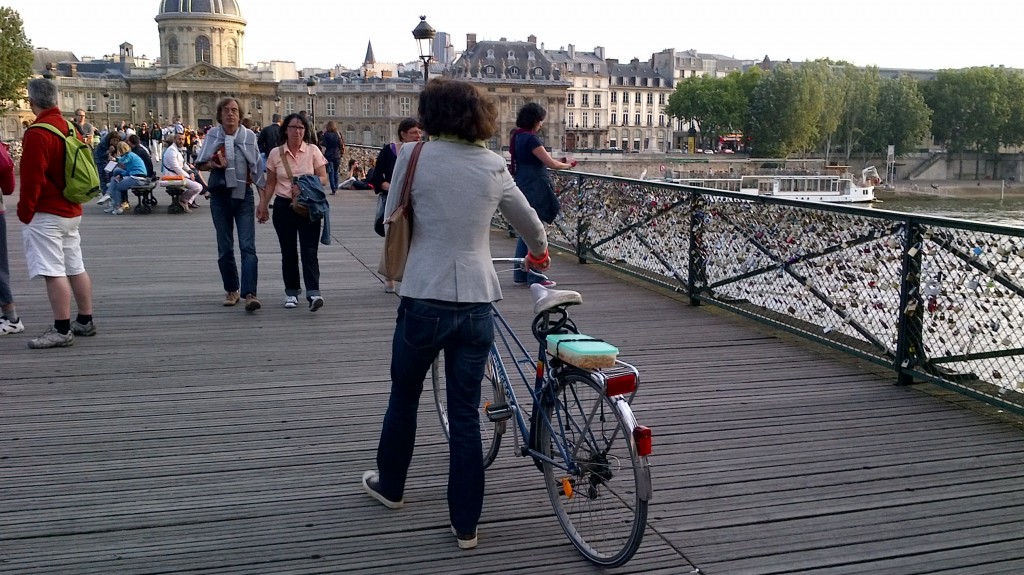 Take, for example, this perfectly sane woman who got off the street to cross the Seine via the Pont des Arts (Bridge of the Arts).

Oh, and all those things on the side of the bridge? Locks: 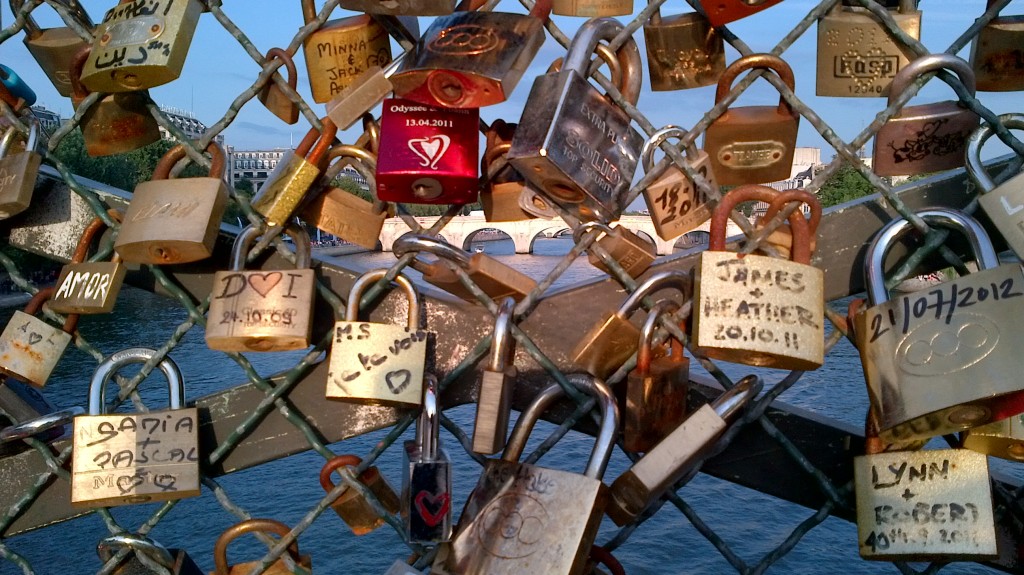 Amorous Parisiens and visitors have taken up the Venetian custom of writing their names on locks, fixing them to the side of the bridge, and throwing the key in the river as a sign of their eternal love. I saw a bike lock in the mix (alas, that pic is on my other camera!). And for those of you who think Europeans have given up on capitalism, a gentleman has joined the traditional bouquinistes on the Left Bank to sell padlocks at the south entrance to the bridge.

(By the way, see that other bridge through the locks? Pont Neuf.)

Love in Paris means riding together in downtown traffic: 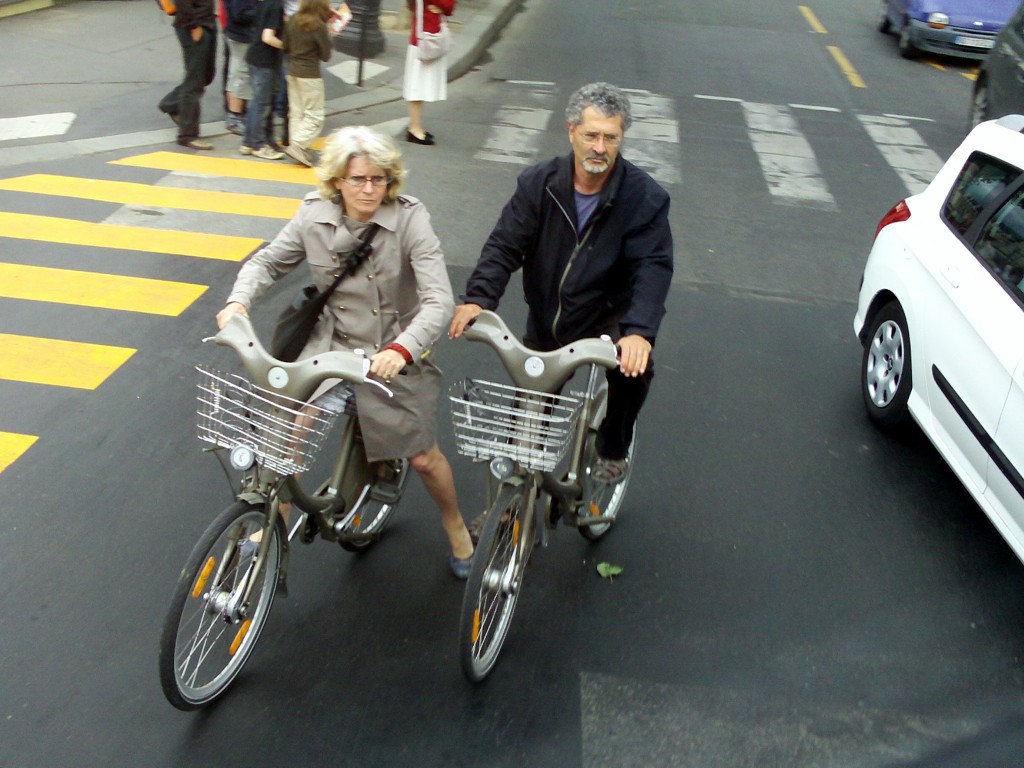 The couple shown above is riding right next to our tour bus, in a busy downtown street. They are riding Parisian Vélib', two of over 20,000 public bikes available for rent at 1800 stations around the city. 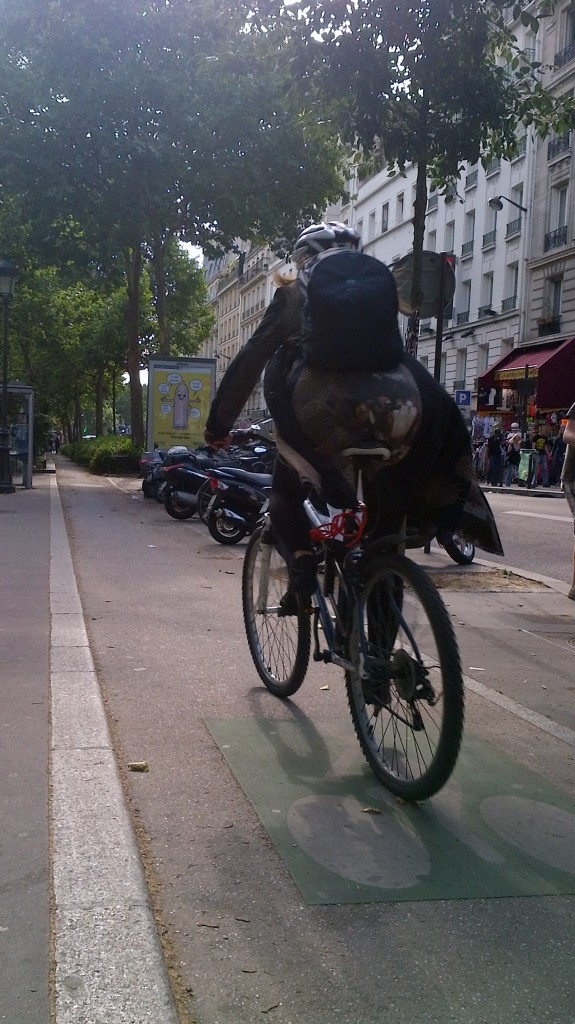 On the Boulevard de Rochechouart, cyclists riding through Montmartre looking for the Moulin Rouge get their own lanes. Crossing the street from north to south you cross car lane, dividing strip, bike lane, wide shady pedestrian median, then bike path, divider and car lane. 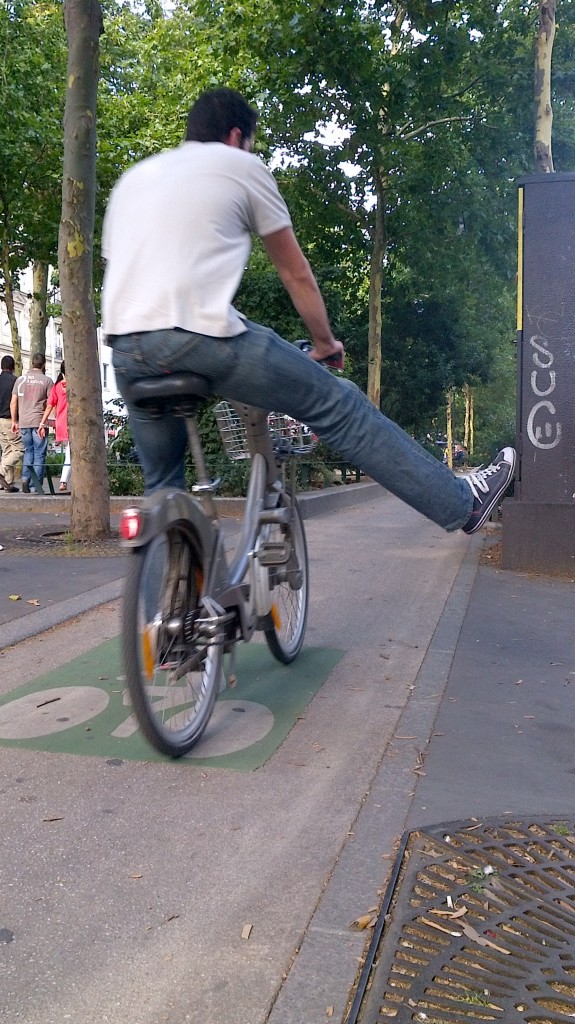 ...and the occasional show-off. Riders ring their bells, and they expect you to cede them their lane. 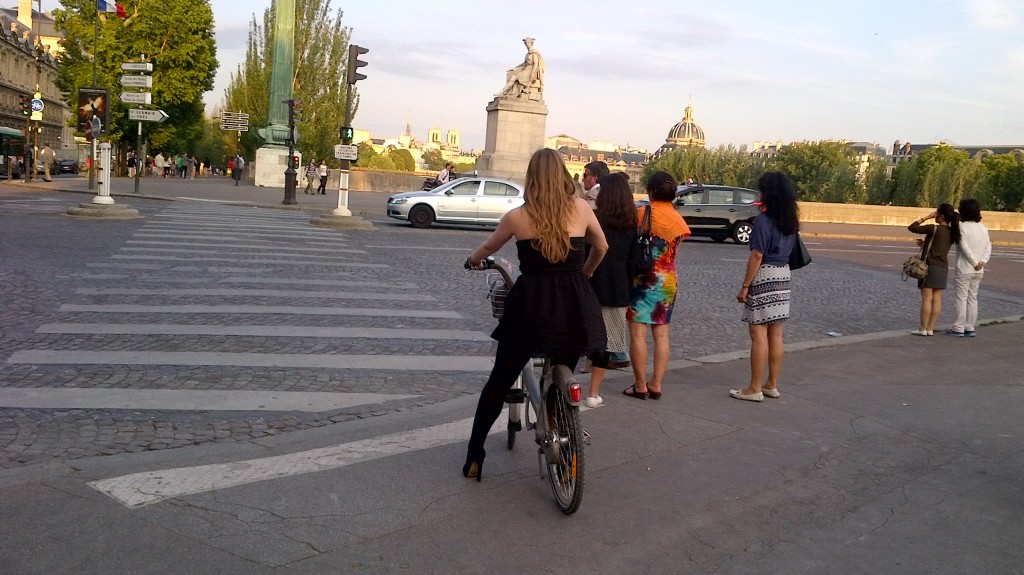 Speaking of ringing your bell, this young woman was out taking a spin by the Pont du Carrousel tonight. No one will be wearing those shoes in the Tour de France.

But easy, fellas: this belle parisienne already has a boyfriend... who was bicycling with her along the Seine.