Rick! Rick! Rick!!! I told you that you need to get Amy Poehler to come do a fundraiser for your Senate campaign. But do you listen? Do you listen? No!

Now GOP Senate candidate Jason Ravnsborg goes and steals your SNL thunder by getting... not Amy Poehler, but SNL alum Victoria Jackson for his May 13 fundraiser in Sioux Falls: 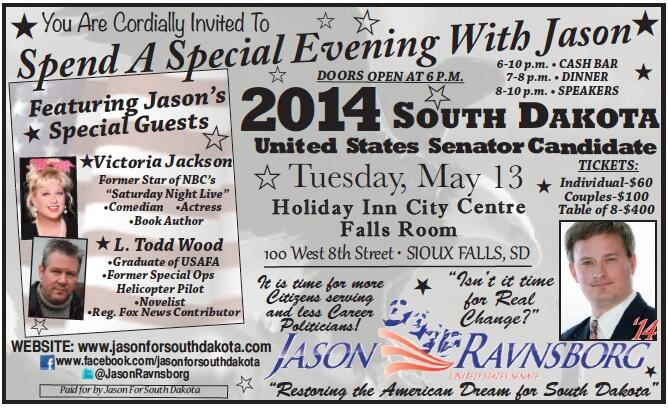 Oh, the buzz! The gravitas! The opportunities for Ravnsborg to break out with topical musical entertainment!

Ravnsborg has apparently convinced Jackson that America didn't really die when Obama won in 2012. He is probably hoping she will refrain from singing and just focus on telling Jason's Sioux Falls crowd how homosexuals, Communists, and Muslims are working together to destroy America by building bike paths. Perhaps she will also explain her status as a registered Independent and why she is "very disappointed with the Republican Party."

If Jackson's act doesn't sink Ravnsborg's candidacy, perhaps rolling up to the Jackson event with Minnesota license plates will: 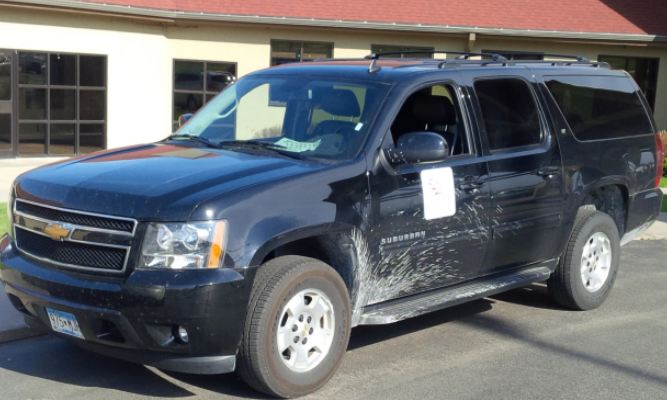 One of my sources tells me this photo shows the Chevy Suburban in which Ravnsborg and his campaigners have been touring South Dakota. It has Minnesota plates: 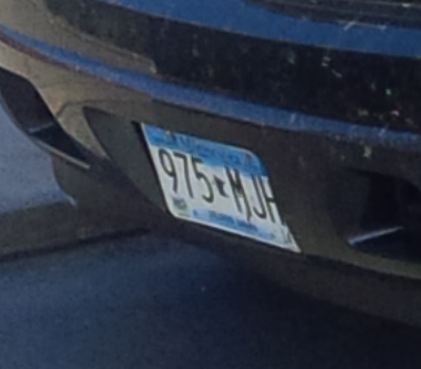 And on the door, there appears to be a Jason Ravnsborg for Senate logo: 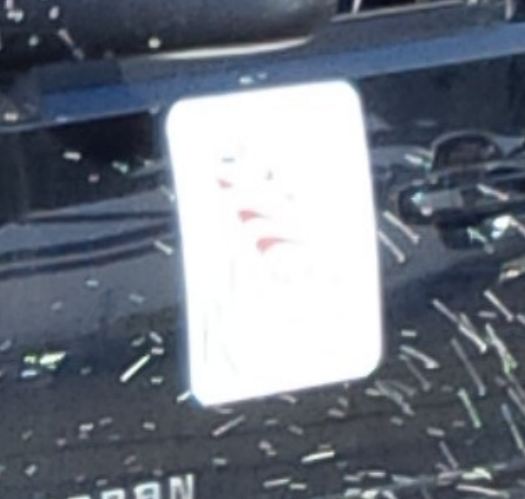 Alas, my correspondents need better phones... or the wherewithal to walk five steps closer and take a clearer picture of the door decal. But we can see an R at the lower left, a straight line above and offset right from that R, then the beginnings of three red stripes on a slant...

...which appears to fit the standard Ravnsborg logo.

...ah! And just as I'm complaining, my correspondent comes through: 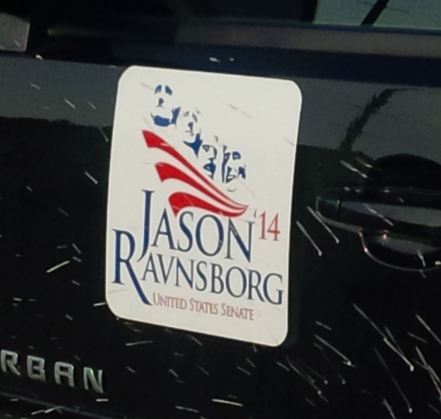 So tonight's riveting question: who are Ravnsborg's Minnesota stringers? Doesn't he know that those high-wage-passing, income-tax-paying, gay-marriage-loving hippies want to turn absorb our state into a Wabasha-Bloc puppet state to buffer their People's Republic from Wyoming?

Ha! I knew Ravnsborg was a front for some devious liberal force in the Republican Party!