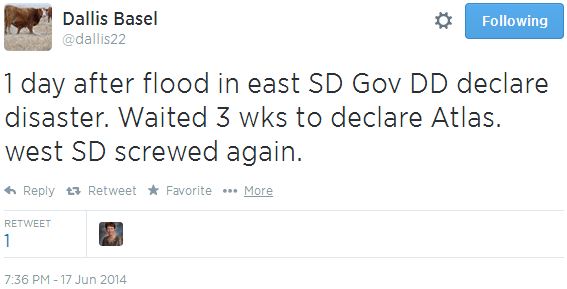 Perhaps worth noting: to fight the flood in Union County, the state will build a levy across four lanes of I-29 to divert water to McCook Lake. (Someone remind me: does I-29 have six lanes by Dakota Dunes?)

Update 22:14 CDT: And definitely worth noting is the distinction between emergency and disaster declarations.