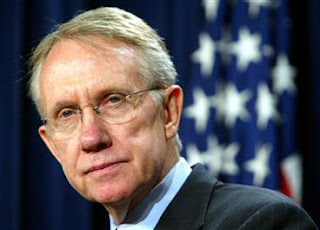 Or, Note to Cons — when attacking check your facts first.

Tyler Crissman steps to the conservative mic this afternoon and gets mom's spaghetti all over his sweater. In an attempt to deflect criticism from major Dakota War College ad-buyer and Senator John Thune for his unpatriotic obstruction of medical compensation for sick and dying 9/11 first responders, Crissman fumes that the Left blogo-hemisphere hasn't criticized Senate Majority Leader Harry Reid for his own nay on the Zadroga bill.

Why, oh why, wouldn't we liberals have issued such criticism of the Senate Majority Leader?

Fifty-seven Democrats voted for the bill and 41 Republicans opposed it. Sen. Harry Reid, the Democratic leader, switched his vote to 'no' at the last moment, a parliamentary move that allows him to bring the measure up again for a vote ["9/11 health 'Zadroga bill' fails in Senate test vote," AP via SILive.com, 2010.12.09].

I eagerly await Mr. Crissman's retraction. Or maybe they'll just delete that post and all the comments that follow. Revisionist deletion is the Dakota War College way.

-------------------
Update 19:04 CST: Dang it! How are we supposed to sustain a healthy blog snarkfest if we go issuing corrections and apologies and straightening out our facts? Mr. Crissman replies promptly with a mea culpa... and corrects my shoddy geography. Harry Reid is indeed senior Senator from Nevada, not New Mexico as I originally stated.