Funny? Mean? Reaching? Tell me what you think of this new Senate campaign mailer submitted by an eager reader: 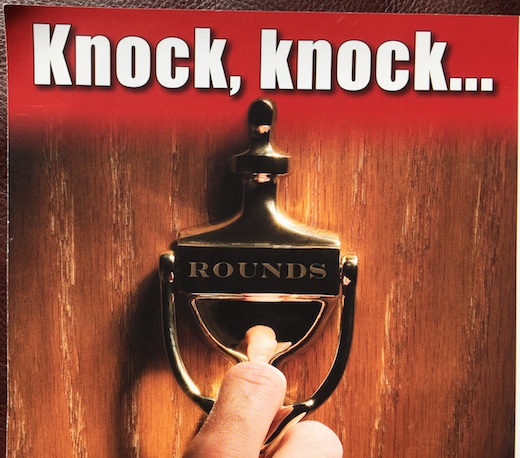 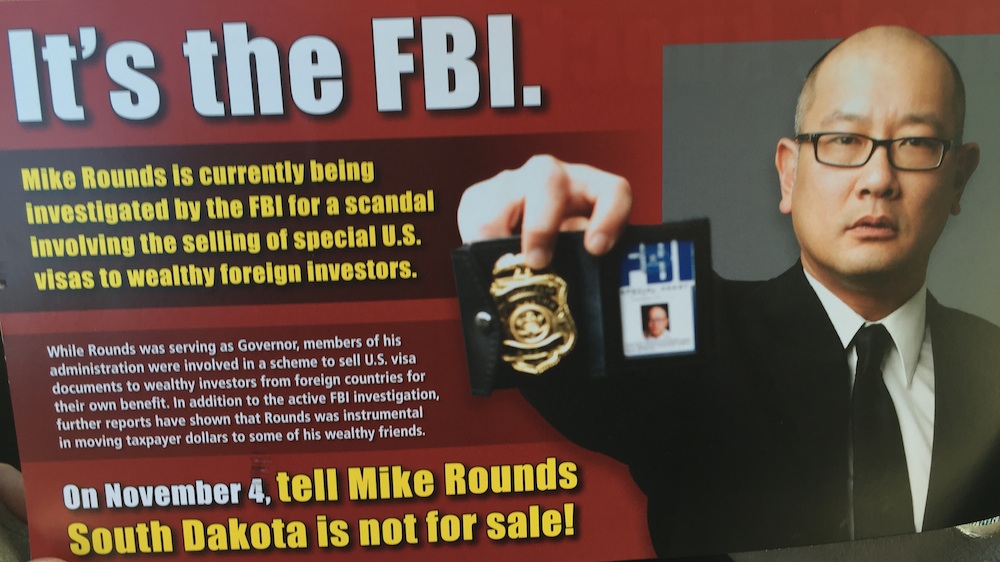 Remember: they're not kidding. The FBI really is investigating South Dakota's EB-5 visa investment program. And the card gets to the heart of the matter: regardless of how many dollars or jobs EB-5 brought to the state, Governor Rounds approved of and actively participated in a program whose director broke multiple laws and rules to stuff money into his own pocket and the pockets of the governor's supporters.

But who brings us this message?

My correspondent gets the impression this card is going out to Independent voters. Will it pull down Rounds's total? Will it lift Rick Weiland? Will it synergize with the big Sioux Falls endorsement of Larry Pressler?